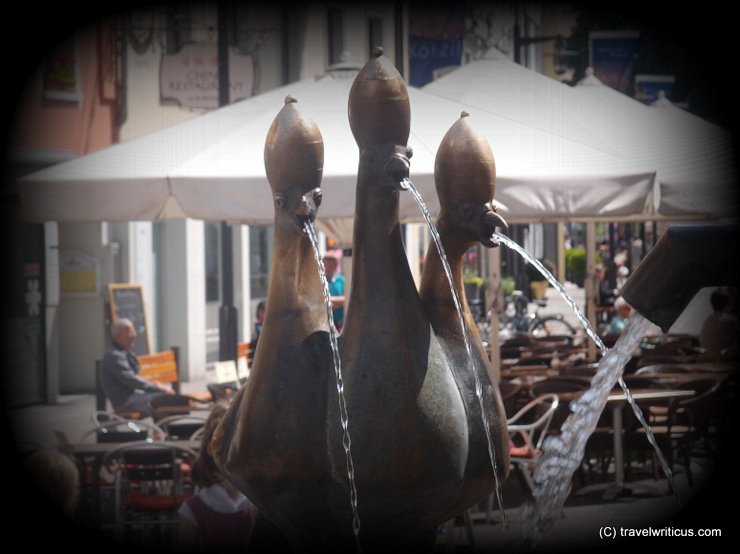 The imperial fountain (Kaiserbrunnen) was created by sculptor Hans Baur in 1897. After redecoration at the end of 20th century by Gernot Rumpf it shows some allusions to historical events related with Constance. For example a three-headed peacock wearing a tiara on each head.

That refers to the fact that once upon a time three popes ruled at the same time and it was in Constance where people tried to solve this complex situation at a council from 1414-1418.

The name of the fountain derives from four statues representing emperors of four German dynasties. So you can see busts of Henry III (Salian Dynasty), Frederick I (Hohenstaufen Dynasty), Maximilian I (House of Habsburg) and William I (House of Hohenzollern),