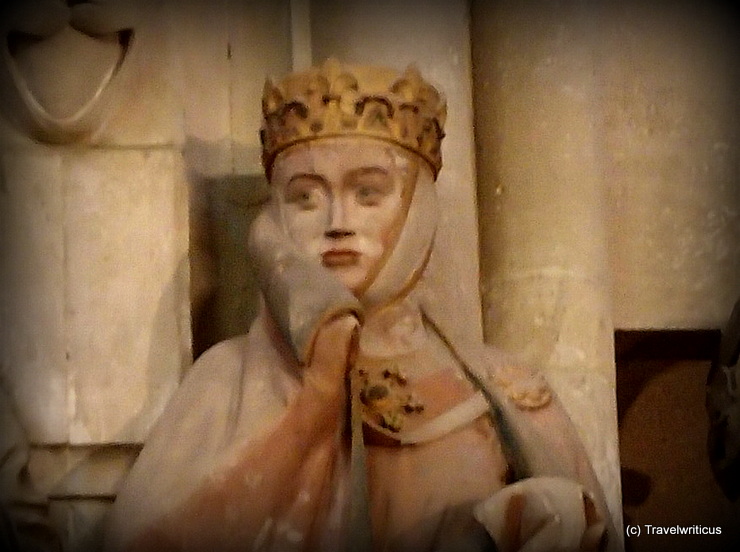 This sculpture is one of twelve donor portraits located in the west choir of Naumburg Cathedral. Due to the beauty of the depicted lady, it is the most famous one of the twelve. The name of the lady was Uta von Ballenstedt, but in general, people just call the sculpture Uta of Naumburg.

It is said that Walt Disney used the depicted face as an inspiration for the Evil Queen in the animated film ‘Snow White and the Seven Dwarfs’.