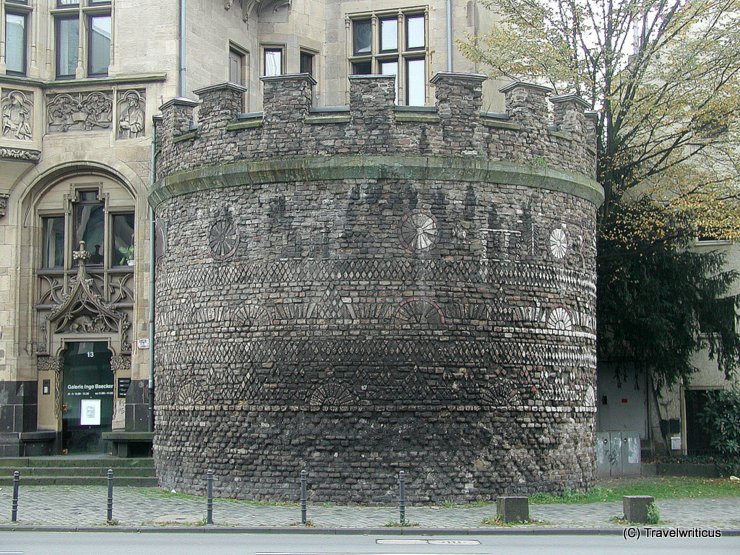 The Roman Tower (Römerturm) is one of several towers in Cologne dating back to Roman times. At the time of the Romans the city was called Colonia Claudia Ara Agrippinensium. This was surrounded by a strong wall with a total of 19 towers. Remains of this wall and some towers can still be seen today.

In contrast to the other tower ruins, this northwest-facing structure stands out for its rich ornamentation. Perhaps that is why it is known under the name of Römerturm (Roman Tower), although there are still several remnants of Roman towers. These are known as Helenturm, Lysolphturm and Hafenturm (Ubiermonument).