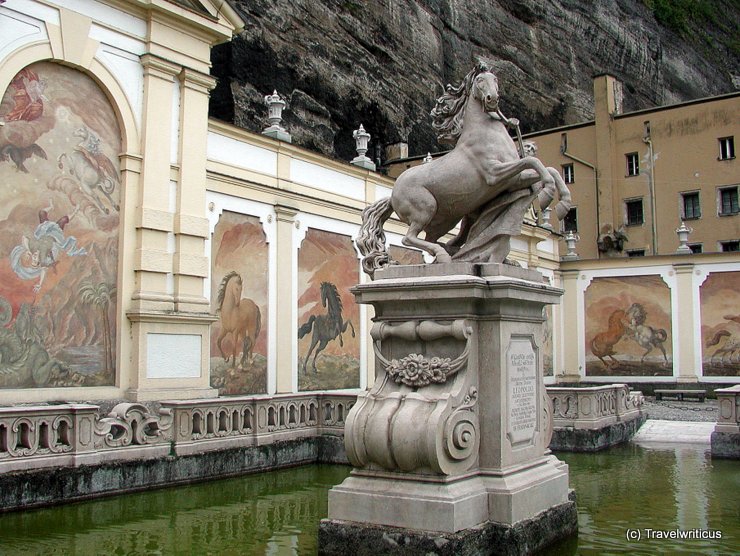 This horse pond (Pferdeschwemme) is placed next to the Sigmund’s Gate (Sigmundstor). The pond, generally known as Marstallschwemme, was designed and built in 1693 by Johann Bernhard Fischer von Erlach. In 20th century it became famous as one of the sets of the movie ‘Sound of Music’

The central group named ‘Horse Tamer’ was created by Michael Bernhard Mandl, the frescoes where made by Josef Ebner. Another interesting detail: The Sigmund’s Gate nearby is considered as the oldest street tunnel of Austria.