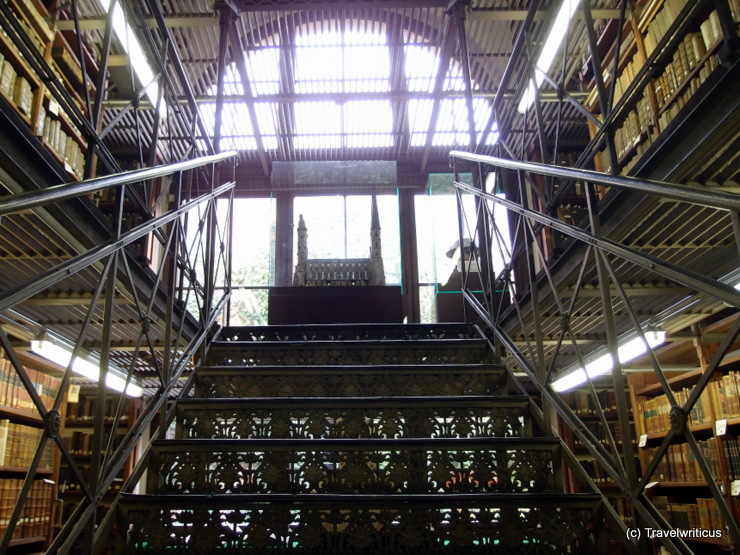 The Marienbibliothek, a library named after the nearby church Marienkirche was founded by Sebastian Boetius in 1552. In the beginning, the books were stored in a tower of the Marienkirche. Today the library is housed in a typical magazine of the late 19th century with iron stairs and iron-cast pillars.