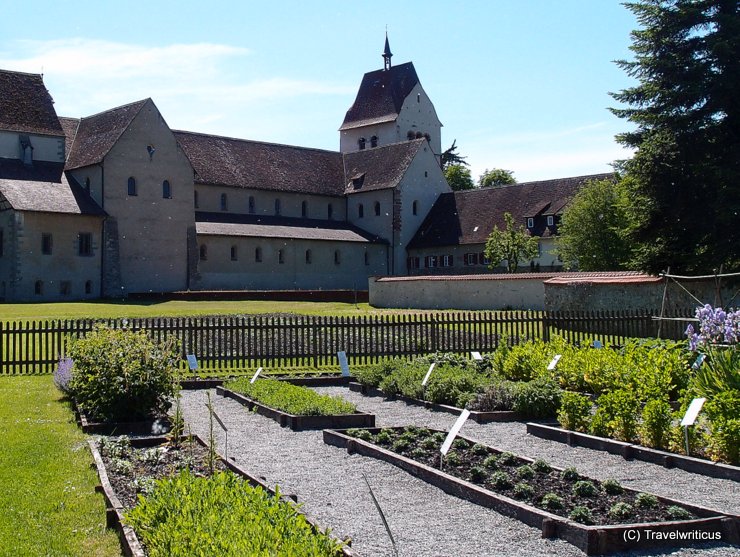 This garden seen next to the minster of Mittelzell is a reconstruction of the herb garden which was mentioned in the poem ‘De cultura hortorum‘ written by Walafrid Strabo in the years between 830 and 840. Strabo described in his work, which is also known as “Hortulus“, a little garden that he used to tend with his own hands.