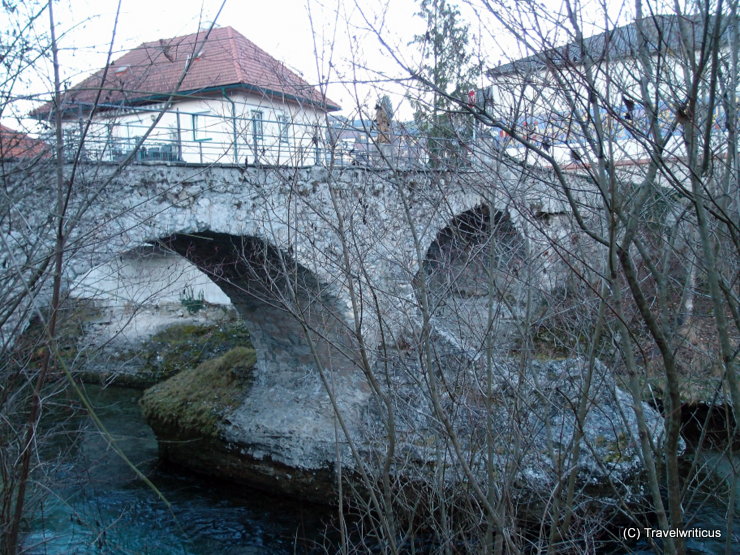 This stone bridge was built in 1554 by Valentin Staudinger. The bridge using a rock in the middle of the river is considered to be the oldest still existing bridge crossing the Erlauf river. The name ‘Roman Bridge’ (Römerbrücke) for a 16th century bridge is odd but there is an assumption that the Romans used the same rock as base for their bridge. 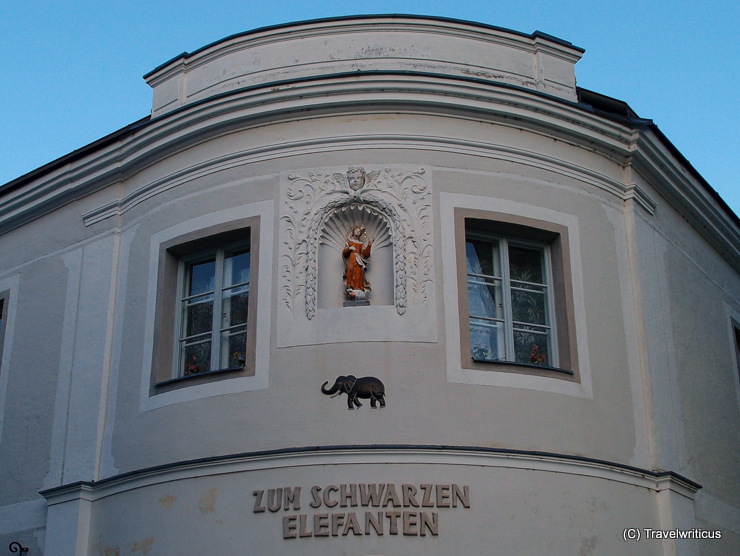 Inn sign of the Black Elephant inn (Zum Schwarzen Elefanten), an inn which was first mentioned in 1541.

END_OF_DOCUMENT_TOKEN_TO_BE_REPLACED 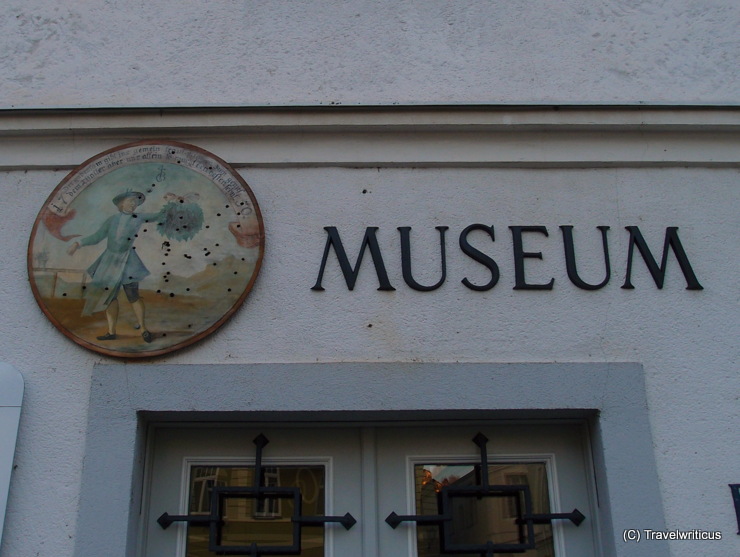 The museum of historical targets displays a collection of target boards (Schützenscheiben) dating from 1670 up to 1941 used by the local rifle club (Schützenverein). In general, these boards display scenes of daily life, local events and even important persons of history.