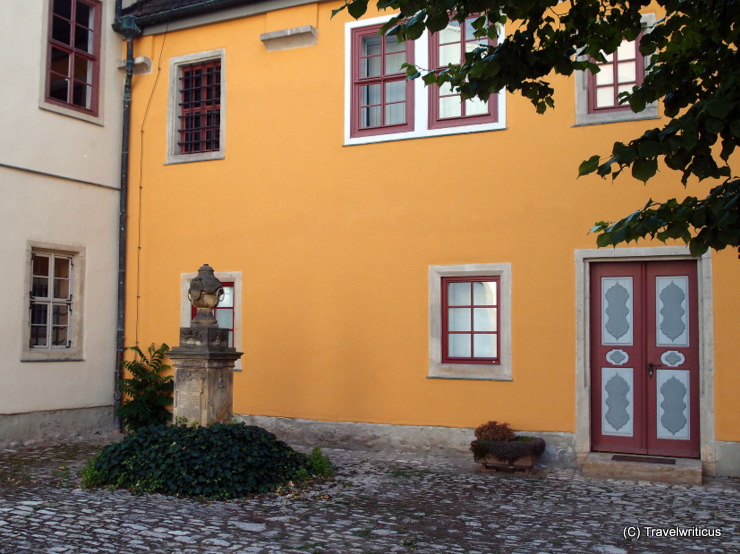 In Germany many universities had one or more dentention rooms for punishing students. Their German name was Karzer. The Karzer of the university of Jena is located behind this cross-barred window depicted above.

One of the incarcerated students in these rooms was Swiss painter Martin Disteli whose graffiti are still to see at the walls of the Karzer in Jena.