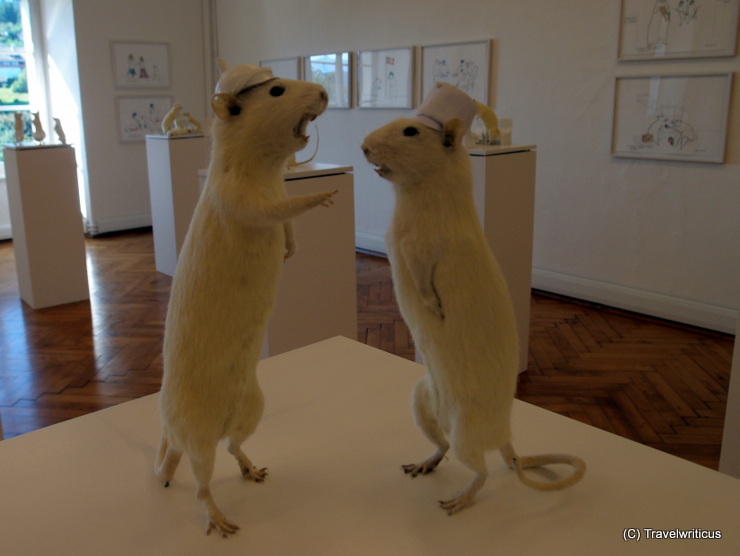 At the Forum Kunst contemporay located in rooms of the former Millstatt Abbey I came across an exhibition with works created by Deborah Sengl. In these works she shows the plot of the theater play ‘The Last Days of Mankind’ (Die letzten Tage der Menschheit) written by Karl Kraus using the bodies of rats instead of figurines of humans.

In my opinion a good way to refer to the gloominess of this theater play which tells about the time of World War I. At the photo depicted above a German soldier (spiked helmet) tells something to an Austrian soldier.