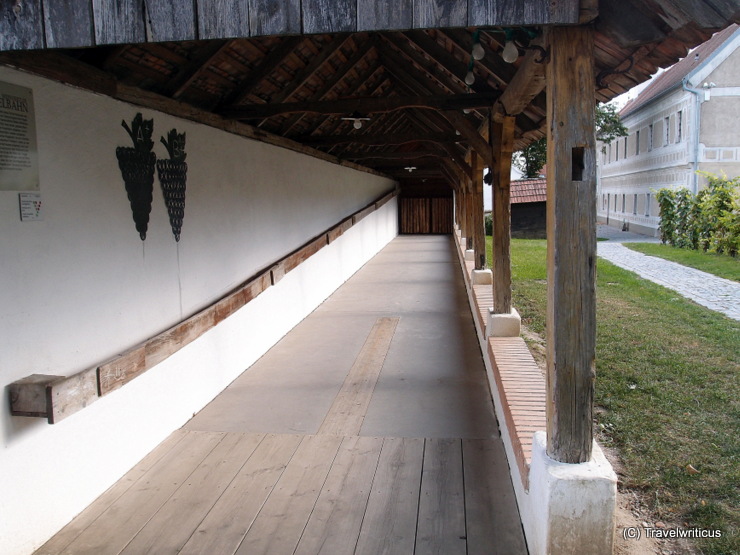 At the open air museum of the Vino Versum in Poysdorf I came across this traditional nine-pine bowling alley. In former times such an alley was part of a well equipped inn. The location was generally outside so there was much room for the audience. 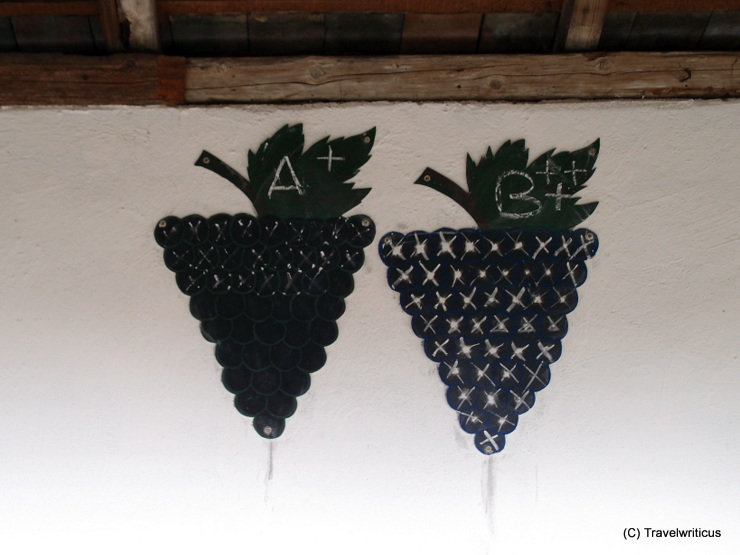 Even though this alley established in 1850 is located in a museum now it can be still booked for a game. As Poysdorf is known as a city full of wine the score boards are shaped like grapes of course.