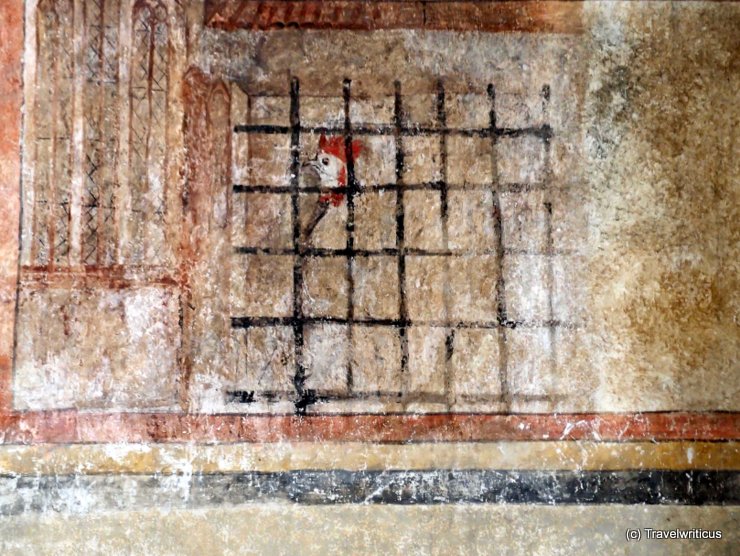 At St. Jodok Church (Pilgerkirche St. Jodokus) this depiction of a caged up chicken made me smile. It is part of a large fresco telling a legend, which is in Germany generally known as Hühnerwunder (chicken wonder).

To tell the story in short: A young pilgrim was sent to the gallows although he was innocent. After the execution his parents found him still alive so they hurried to the judge asking to revoke the sentence. The judge, who had lunch, refused with the words: ‘…your son is death as death these broilers on my plate are…’

At that very moment the broilers became alive and flew away. Nice story. I was lucky enough to take the pic above before this chicken left as well. By the way, all this happened in a Spanish city, where at the local cathedral (Catedral de Santo Domingo de la Calzada) a cage with a living pair of chickens reminds of this legend.