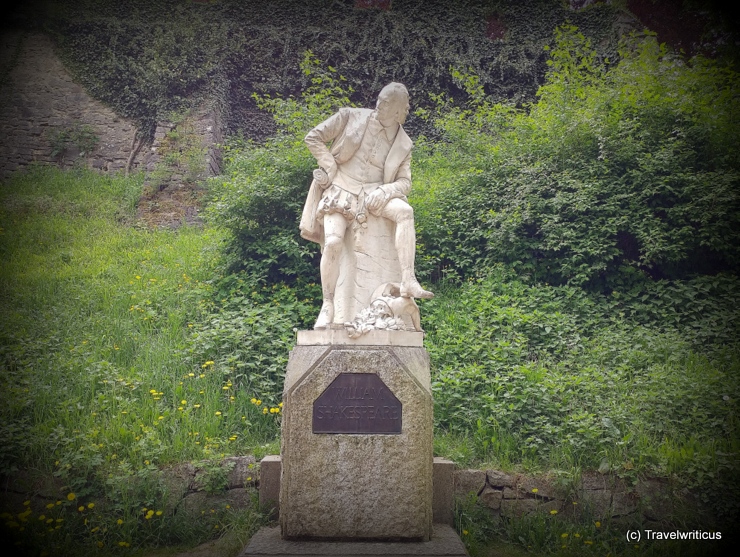 Not far from the artificial ruins in Ilmpark stands a monument to the English writer William Shakespeare. The tribute of a British poet in Weimar surprises, but there are interesting links. Goethe is considered one of the main protagonists in the German Shakespeare reception in his time. [German]

The monument was created by the Berlin sculptor Otto Lessing (1846-1912) and unveiled in 1904. It is considered the only monument erected in continental Europe for the famous playwright from England.