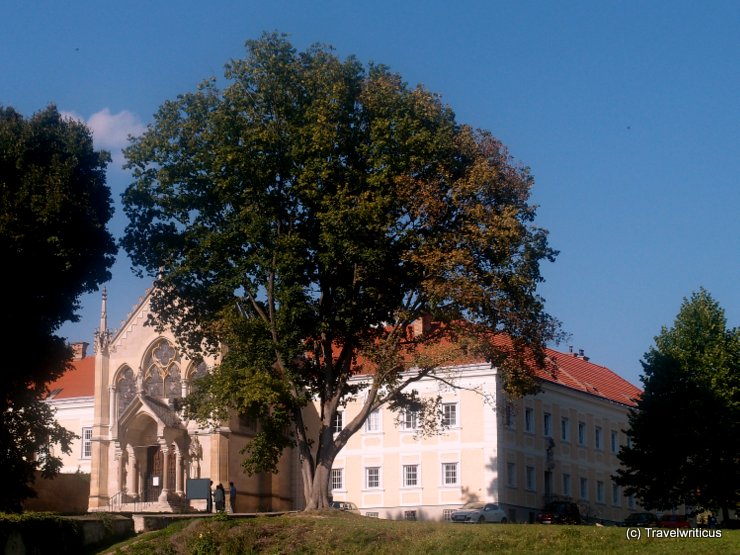 The estate in the Vienna Woods was first mentioned in the 13th century. In 1887, the Austrian Crown Prince Rudolf converted the facility into a hunting lodge (Mayerling Castle). On January 30, 1889, Rudolf and his mistress Baroness Mary Vetsera died here under circumstances that were not completely solved.

Since then, a monastery of the Discalced Carmelites has been housed in the building. The neo-Gothic chapel was built after the death of the couple. The altar of the building is located where the two were found dead.