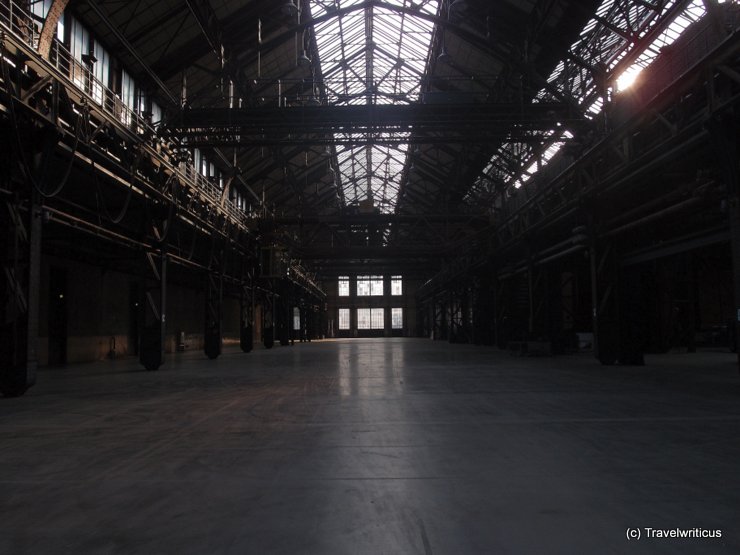 The Jahrhunderthalle is a venue for such famous events like the Ruhrtriennale. Interesting detail: The hall was constructed on top of an existing plant. After that the soil was risen up to the level of the hall so the first plant became part of the basement.

During a guided tour I had the chance to see the installments at the basement which was like walking through a sunken city. Another interesting detail: The hall was originally built as an exhibition hall in Düsseldorf.

At that time the hall and an attached tower were designed like a church reminding of the fact that the owner of the plant got famous for producing church bells made of cast steel.