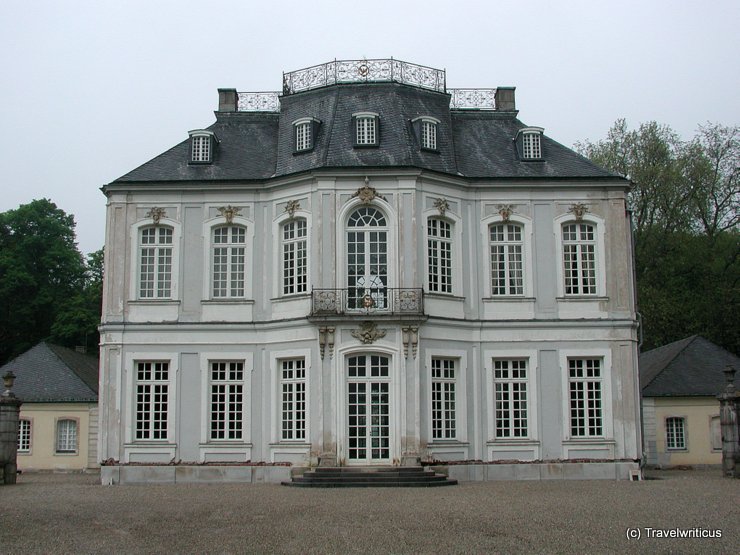 The Falkenlust hunting lodge was built in the years 1729 to 1740 for the then very popular falconry. As an architectural example, the Amalienburg served in the park of Nymphenburg Palace in Munich. As an architect, the Munich court architect François de Cuvilliés could be won.

The courtyard side of the hunting lodge is connected to Augustsburg Palace by an alley. On the roof is a viewing platform from which the falconry was observed.

The stairs house in the southern part of the hunting lodge is decorated with Dutch tiles. The ceiling painting by Laurenz de La Roque shows scenes of the falconry.

In contrast to the representative character of Augustusburg Palace, Falkenlust hunting lodge is furnished as a maison de plaisance. In 1760 Giacomo Casanova gave a gala dinner for the Cologne mayoress of the Pütz and other ladies of the Cologne society.