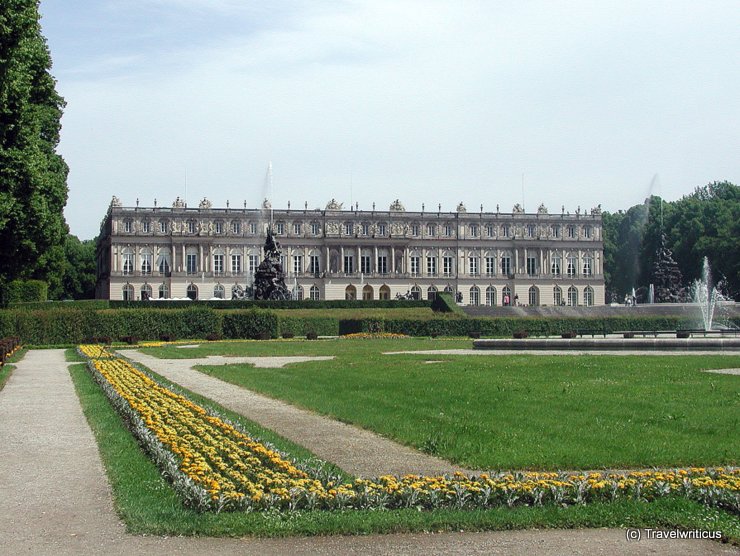 The palace was designed by Christian Jank, Franz Seitz, and Georg von Dollmann.  After the death of King Ludwig II of Bavaria all construction work discontinued and so there is an interesting chance to see a not finished palace.

E.g. one can walk through a finished grand staircase and a not finished staircase of the same type. For me this was an amazing detail as I could see the first time how simple brick wall structures support a luxurious grand staircase.