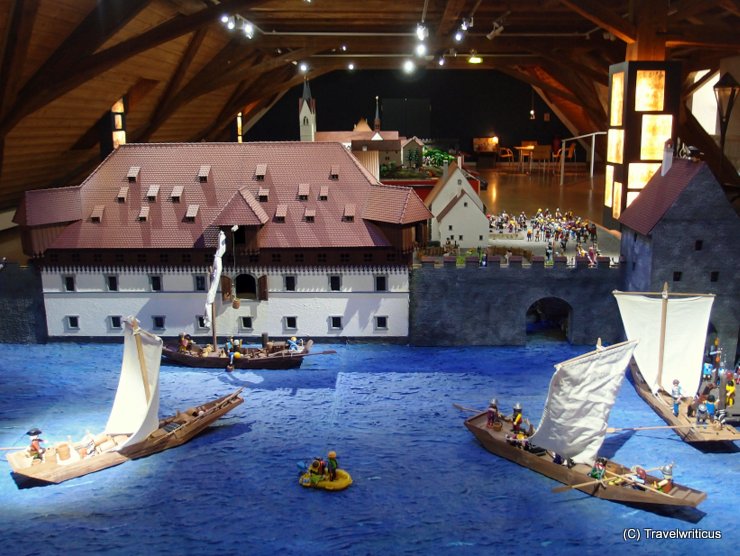 Every year at the State Museum of Archaeology in Constance, an exhibition takes place in cooperation with the toy company Playmobil. In 2014 the exhibition topic was the Council of Constance (1414-1418). The title of the exhibiton was ‘Voll bis unters Dach‘.

The exhibition showed not only important episodes of these four years but also told about life and the structures in the Constance of the early 15th century. For example, I learned about such details as how they kept animals away from entering the church.

Personally I was especially impressed by the creativity to use general toy figurines for telling the story of the council. Besides the standard pieces there were also some extra models portraying typical elements of that time. There was even a model of one of these mobile baking ovens, I learned about later.