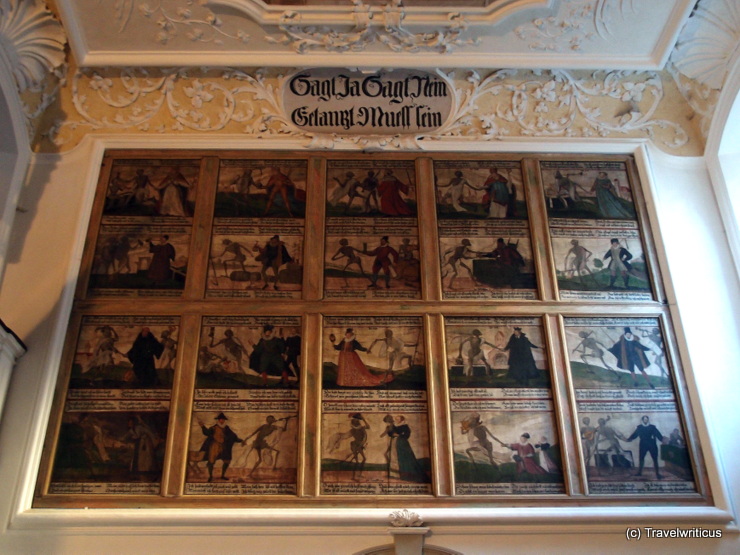 The danse macabre (Totentanz) in Füssen is the oldest one of Bavaria. It was created by the painter Jacob Hiebler and can be seen as an exhibit of the museum of local history (Museum der Stadt Füssen) located in the former St. Mang’s Abbey.

A dance macabre reminds of the fact that people of all walks of life have to die. In general, such a depiction shows several persons – from the emperor to the labourer –  dancing with the Death. In the Füssen dance of death, the last person dancing with the Grim Reaper is the painter itself.