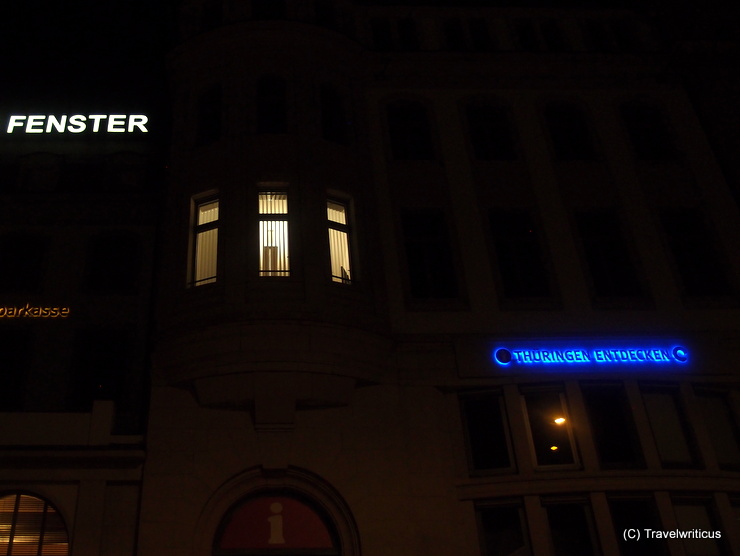 The hotel, located opposite the main railway station of Erfurt, has been closed in the meantime but the windows of Willy Brandt’s room are still illuminated as a sort of memorial every night.

Since 2009 there is also a sign on top of the roof saying WILLY BRANDT ANS FENSTER (Willy Brandt come to the window) created by David Mannstein to recall an incident when a huge crowd of local people chorused to see the famous politician at the windows of his room.