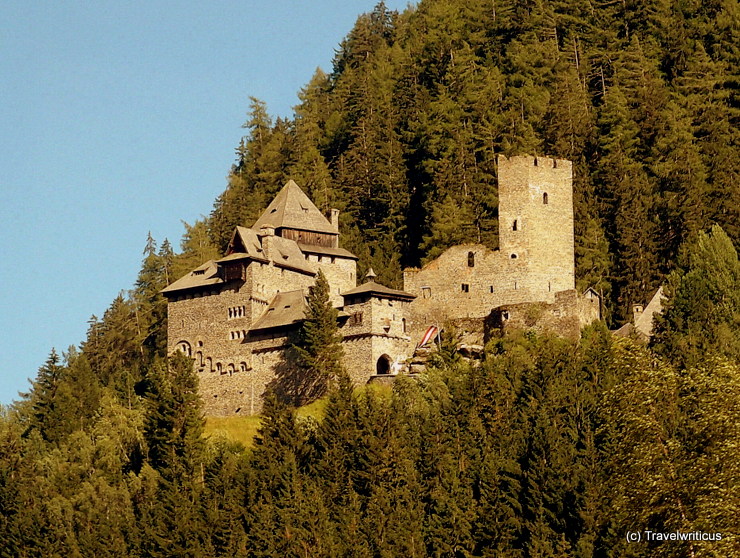 Finstergrün Castle rises high over Ramingstein. This is a place in Lungau, a region in the Austrian state of Salzburg. The first mention of the castle was in the 12th century. Today it houses a youth hostel. [German]

A large part of the castle saw its completion at the beginning of the 20th century. After World War I, the castle hotel was famous among guests from the UK.

I took this pic on a rail trip beween Tamsweg (Salzburg) and Unzmarkt (Styria). The line is run by the Styrian Railway (STB).