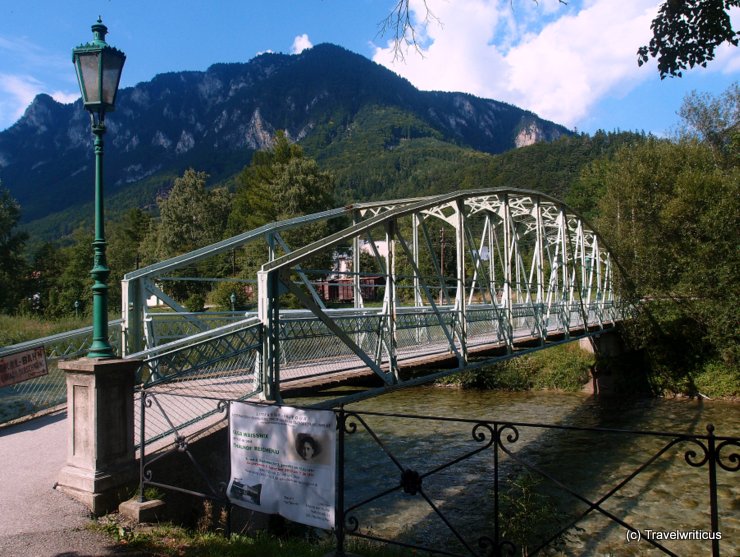 On the way to the railway station Reichenau I cross the Schwarza on a pedestrian bridge with filigree iron construction. The view of the nearby mountains makes me want to go climbing. The lanterns on the bridge remind me, however, that I am still in a valley on the grounds of a famous spa town in the era of the Austro-Hungarian Empire. [German]

In the distance, a small locomotive is puffing on a narrow gauge which is generally known as Bosnische Spur (Bosnian-gauge). The route runs from the railway station Payerbach-Reichenau in the direction of a valley called Höllental and invites under the name Höllentalbahn for excursions.