At the beginning of the festival La Strada I watched the French group Décor Sonore playing in the streets of the city using hand rails, barriers, traffic signs and even balcony rails as instruments. By the way the German word for beginning is ‘Anfang’. 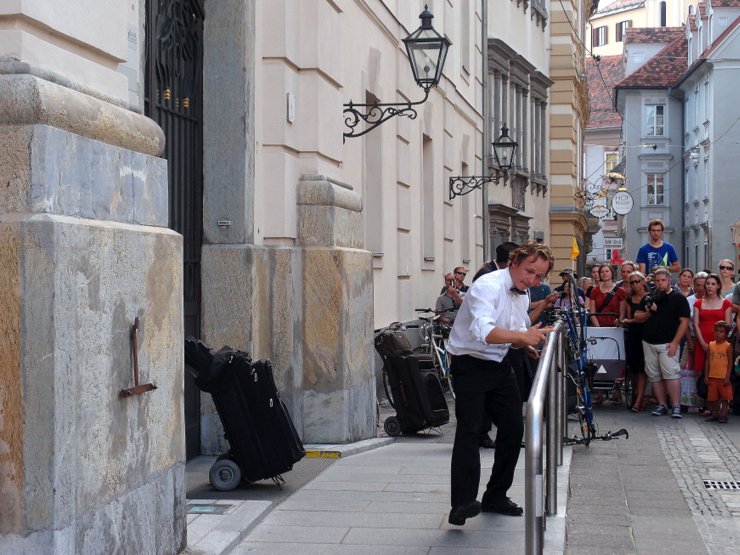 I wondered how they were able to make so many sounds just by tipping a handrail or lamp post? The answer is that they had some electronic equipment and loudspeaker with them. Their creativity was great though. For example they even interacted with the song of a bird for a short time.