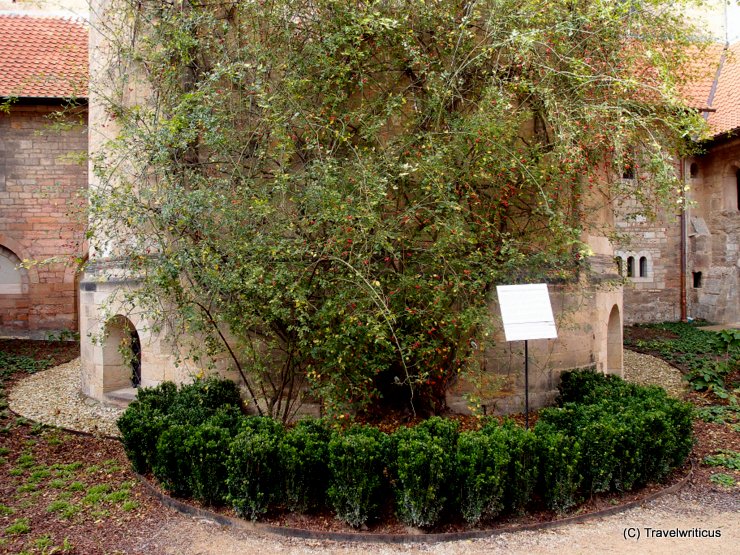 The Rose of Hildesheim grows on a wall of the Hildesheim Cathedral, which has been on the UNESCO list of World Heritage Sites since 1985. The rose bush, a Rosa canina or wild dog rose, is believed to be the oldest living rose in the world.

Of course there is a debate about the real age of that rose bush but I love the influence of this legend in the appearance of the city. Several cultural trails in Hildesheim are marked by depictions of roses and you see another living roses at every corner of the city.

I was also impressed by the place where the rose bush is located. After walking through the modern visitor centre of the cathedral I dropped into a really old court with ancient graves and mossy crosses. Try to come in the early morning and you will love the spooky character of the place.