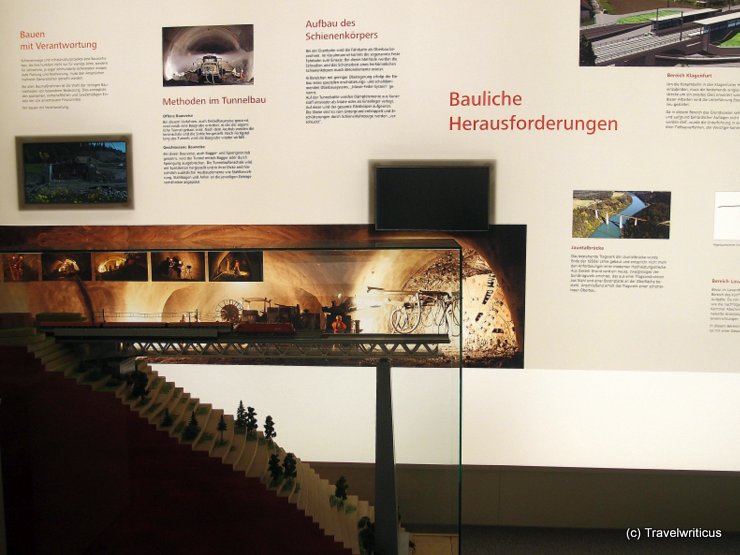 Inside Hauptbahnhof Klagenfurt (Klagenfurt Central Station) there are two small rooms showing information about a railway line project between Graz and Klagenfurt generally known as Koralmbahn (Koralm Railway). The focus is on the Carinthian part of the line between Lavanttal and Klagenfurt.

The boards offer the info in German only but there are also two movies about the railway line project displayed in four languages (German, English, Italian, Slovenian). For me this was the second info box about a big railway project in Europe. The first box I have seen was located at Hauptbahnhof Innsbruck (Innsbruck Central Station) and told me about the Brenner Base Tunnel connecting Austria with Italy.