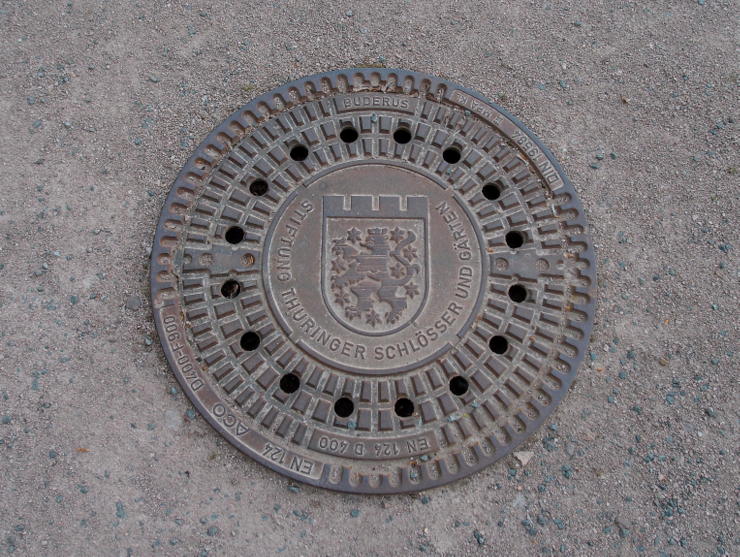 This manhole cover near Friedenstein Castle (Schloss Friedenstein) in Gotha shows the coat of arms of Thuringia. With the inscription it promotes the foundation “Thüringer Schlösser und Gärten“. This foundation takes care of about thirty castles, monasteries and parks in Thuringia. The main office of the foundation is at Heidecksburg Castle.

The coat of arms of Thuringia shows the Bunter Löwe (colourful lion) of the Ludowinger. This is a seven times divided lion. The colours switch between red and silver starting with a red coloured head. For historical reasons, the German state of Hesse owns a similar coat of arms. In the Hessian version, the lion carries a silver head and is not surrounded by stars.