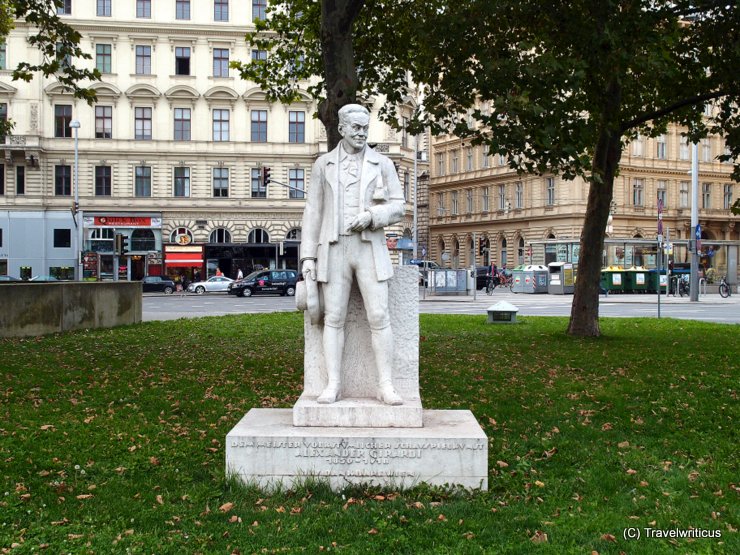 The monument to Alexander Girardi (1850-1918) lies on a small green space between the traffic streams on Girardiplatz in Vienna. So the actor and operetta singer does not have to complain about a small audience, even if the most car driver passes this park without taking a notice of the white statue. [German]

The Austrian sculptor and medallist Otto Hofner created this monument in 1929. He portrayed the actor in one of his most famous roles. The wood plane (Hobel) under his arm identifies him as Valentin, who attunes the hobel song in the play “Der Verschwender“, written by Ferdinand Raimund.