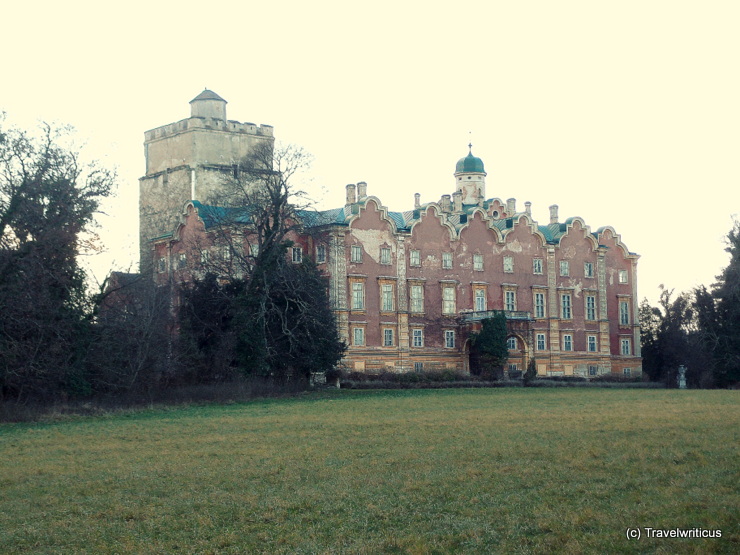 Whereas Prugg Castle (Schloss Prugg) is privately owned and can not be visited, the former castle garden is open for public. From there I took this photo of the castle’s garden side. In 18th century it was rebuilt by architect Johann Lucas von Hildebrandt. In 19th century British architect Edward Buckton Lamb added the Tudor style.