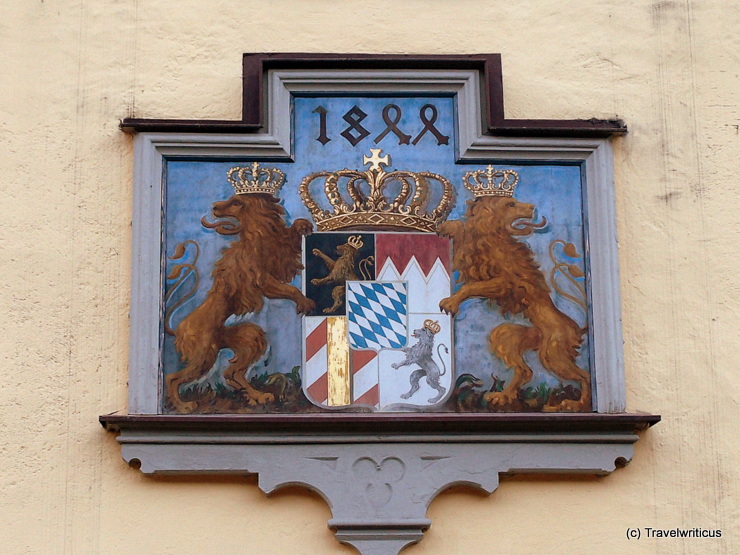 This coat of arms, seen at an old building in Schwangau, displays the coat of arms of the kingdom of Bavaria introduced in 1835. The date above the crown has to be read as 1844. In former times the 4 had been written as half 8.

The coat of arms consists of five elements: The golden lion of Palatinate (Pfalz), the rake for Franconia (Franken), the golden pale for the margraviate of Burgau, representing Swabia (Schwaben) and the blue Lion of Veldenz, representing the ruling branch of the house of Wittelsbach. The white-blue field in the middle stands for Bavaria itself.