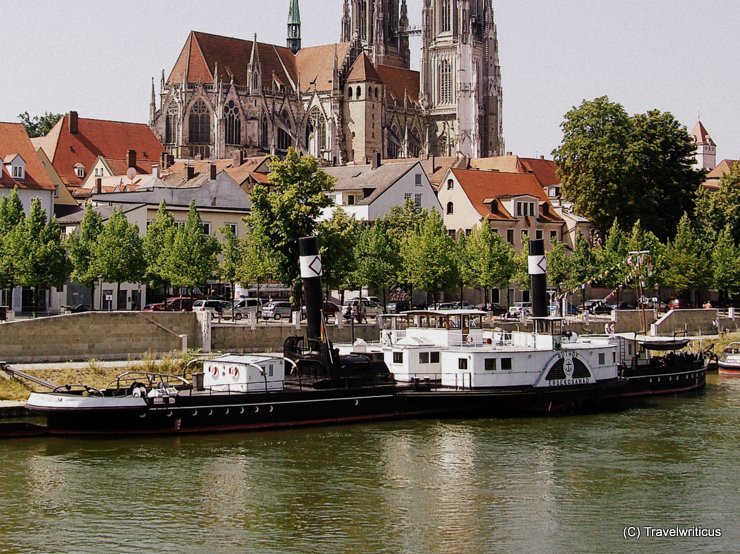 The steam tugboat was built in 1922/23 at the shipyard Ruthof in Regensburg. Originally named Ruthof, it was renamed as Érsekcsanád after World War II. Today it is part of the Regensburg Museum of Danube Shipping (Donau-Schiffahrts-Museum Regensburg) and can be visited not far away from the famous stone bridge of Regensburg.