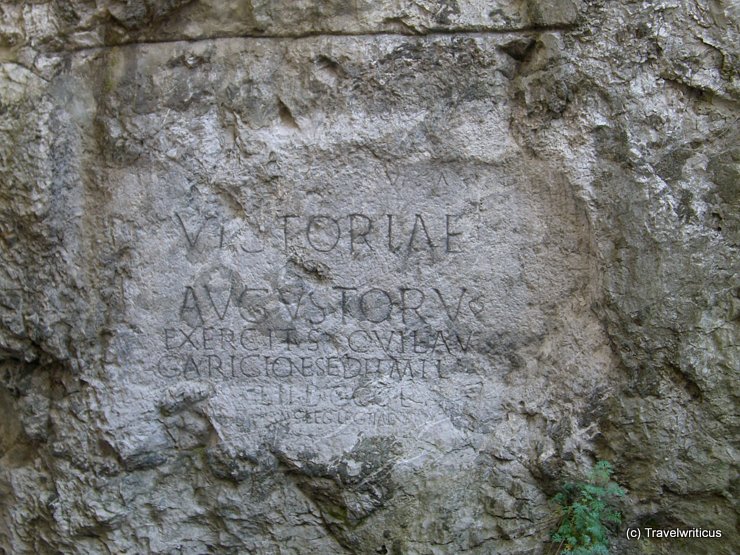 In the winter of 179/180, Marcus Valerius Maximianus and the Roman Legio II Adiutrix camped in the Vah valley. They were on a campaign against the Quadi at this time. They left this inscription on a rock of the later Trenčín. [German]

You see the inscription in the backyard of Hotel Elizabeth, formerly known as Hotel Tatra. I took this pic from one of the back windows of the hotel.