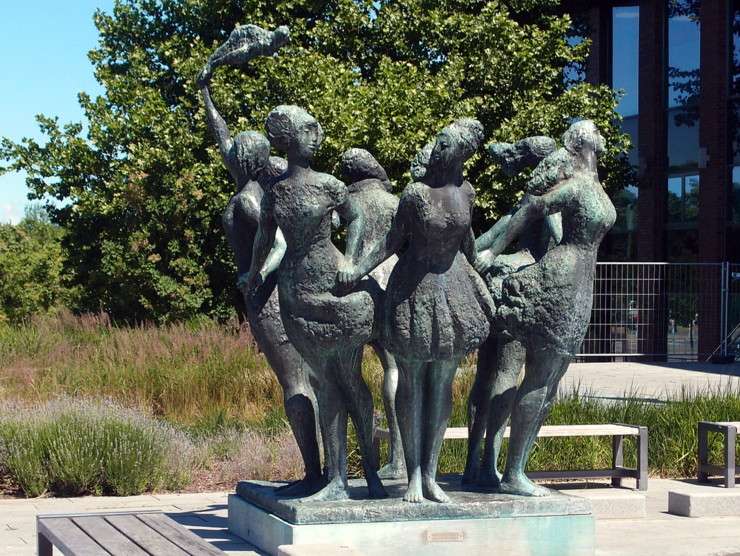 This sculpture in the city of Rostock named ‘Seven proud sisters are kissed by one sea’ (Sieben stolze Schwestern küsst das eine Meer) was created by Reinhardt Dietrich in 1985. It portrays the peaceful coexistence of the seven countries surrounding the Baltic Sea.

The sculpture was created during the era of the German Democratic Republic (GDR). At that time only seven countries surrounded the Baltic Sea.