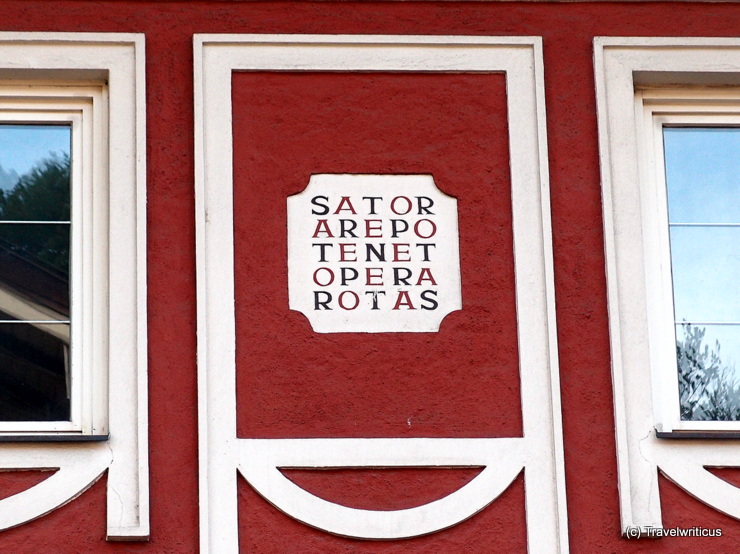 A sator square seen on a facade in Golling an der Salzach. The sator square, also known as rotas square, is a palindrome which one can read horizontally and vertically, forward and backward. The oldest datable representation of a sator square was found in Pompeii.

Golling an der Salzach is a place in the Austrian region of Tennengau. During the Roman period, on the hill on which Golling Castle was later erected, a watchtower was built to secure the road leading from Iuvavum to Virunum.