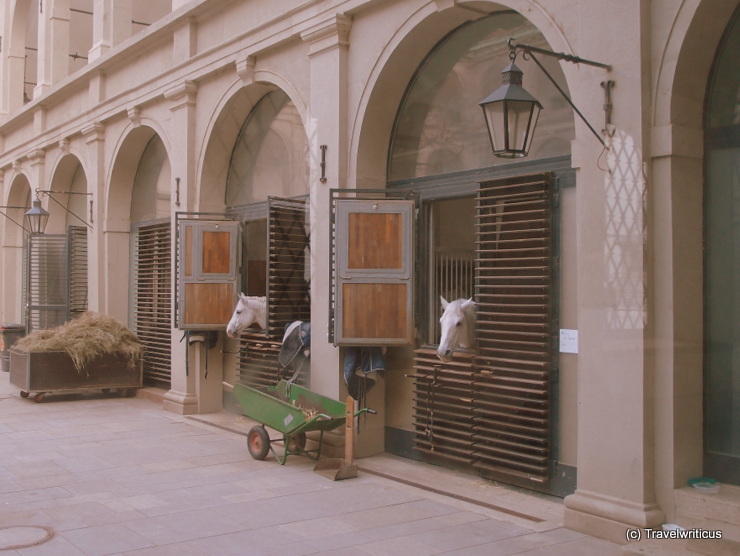 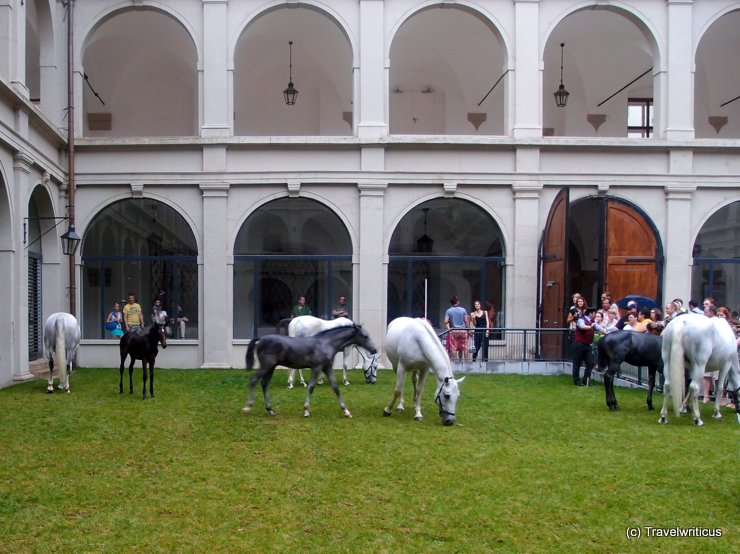 For several days in 2012 the horses were on show in the court of the Stallburg. The Stallburg is a Renaissance-like building. It was erectedin the years 1558-1565 and is part of the Hofburg Palace.

From 1659 to 1776 it was the home of the Stallburg Galleries, the art collection of Archduke Leopold Wilhelm. Later the edifice became the Imperial stables. Today it houses those Lipizzaner who are acting at the Spanish Riding School which is just across the street of the Stallburg.