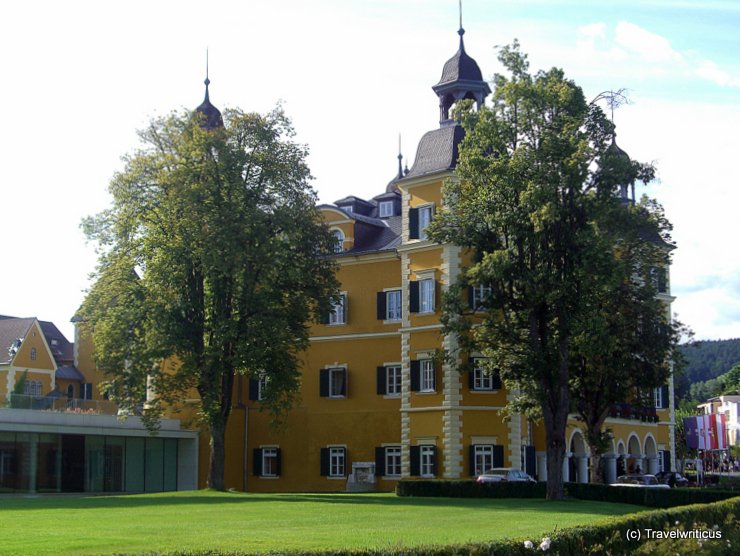 The palace placed next to a lake named Wörthersee was built at the end of the 16th century by  Bartholomäus Khevenhüller. Since 1890 it has mainly been used as a hotel. In the 1990s it became famous for being the set of the German TV series ‘Ein Schloss am Wörthersee‘, aka ‘Lakeside Hotel’.