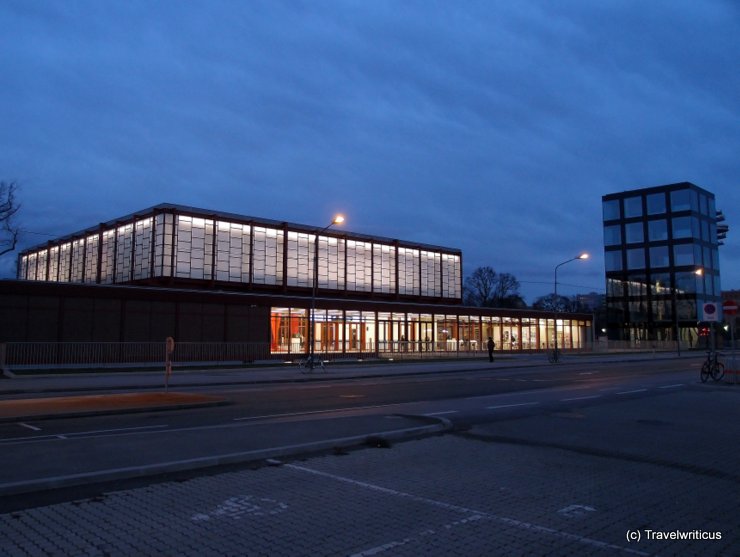 The former Austrian pavilion at Expo 58 in Brussels stands next to the Vienna central station (Wien Hauptbahnhof). In the beginning, it housed contemporary art of the 20th century. So it was nick-named 20er Haus. After remodelling from 2009 to 2011, it was renamed 21er Haus to reflect the new century.