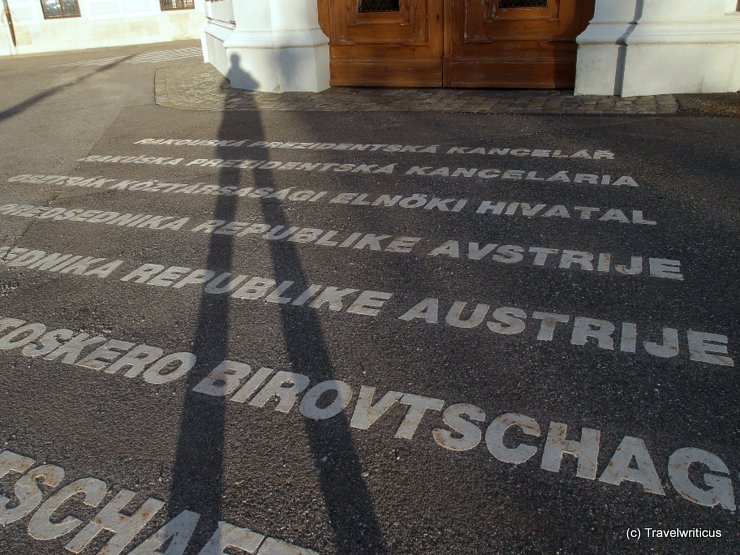 In this picture my shadow is standing on public art created by the Austrian artist Eva Schlegel. The artwork is located at the soil in front of the Office of the Federal President of Austria in Vienna.

The work named ‘Wir stehen auf Sprachen‘ is referring to a German pun. In German there is a double meaning in ‘Wir stehen auf …‘ It could mean we are standing on top of something or we love to do something.

In this artwork the name ‘Präsidentschaftskanzlei’ (Office of the Federal President) is written in seven different languages. So standing on this work is also stating to love languages. Well, at least my shadow loves to do so.

By the way the seven languages are considered as languages of autochthonous peoples living in Austria: Croatian, Czech, Hungarian, Romani, Slovakian, Slovenian and German.