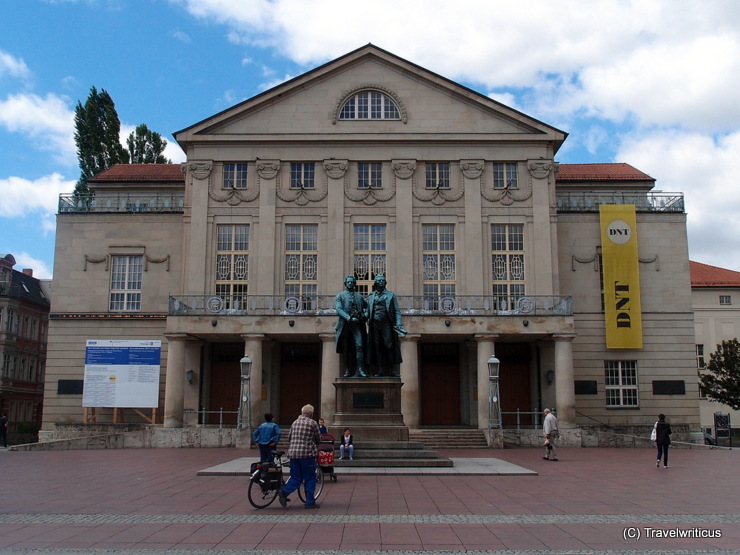 In addition to the great performances inside, the building also played an important role in German history as meeting place for the Weimar National Assembly in the years 1919/20 and is famous for being the setting of the monument for Johann Wolfgang von Goethe and Friedrich Schiller.