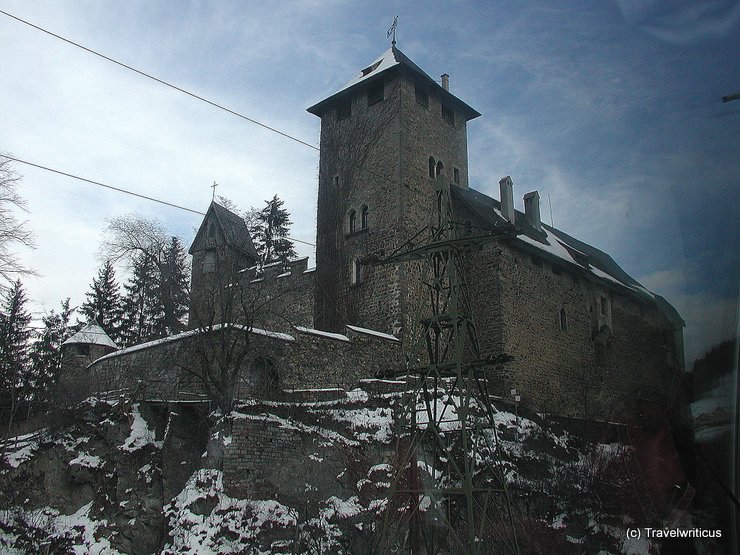 The castle above the mouth of the Paznaun in the Stanzer valley, was built in the 13th century. Many of today’s visible elements were created during a renovation at the beginning of the 20th century. In May 1945, parts of the German Wehrmacht surrendered to American troops after negotiations in this castle.

The photo was shot from a panorama coach of the Swiss Federal Railways. Shortly before, my train crossed the Trisanna bridge. This railway bridge attracted much attention in 1964. Within less than 11 hours, the old bridge was replaced by a new one.