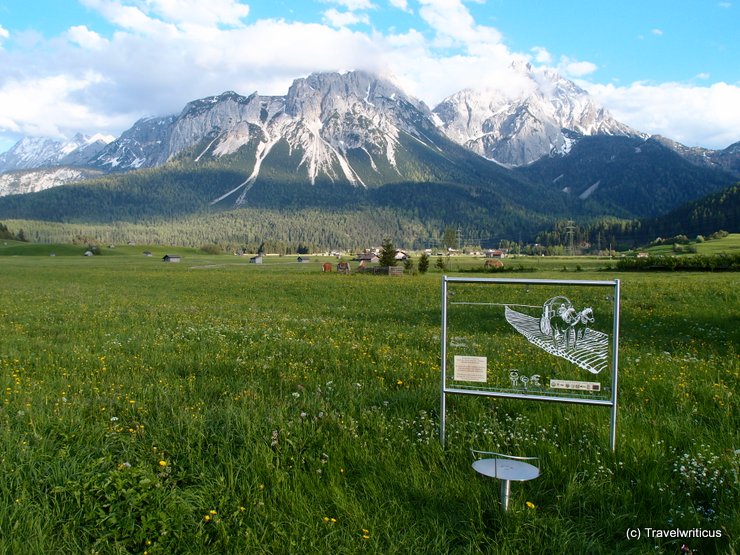 Lermoos is a municipality in the Austrian state Tyrol. It it is situated at the northern border of Tyrol. The photo above shows a view of the mountains nearby taken from the outskirts of Lermoos. The odd sign in the foreground reminds of a former ancient Roman board walk across the swamp.

Lermoos is one of the oldest places in the region of Außerfern. It was first mentioned in 1060. It is placed at an important historic route crossing the Fern Pass. Even the Romans used to cross this area. A famous travel writer visiting Lermoos was Johann Wolfgang Goethe, who stayed in Lermoos on March 20th, 1790.

Lermoos is member of the Zugspitzen Arena and is one of those places which are a good starting point for climbing up the highest peak of Germany, the Zugspitze.