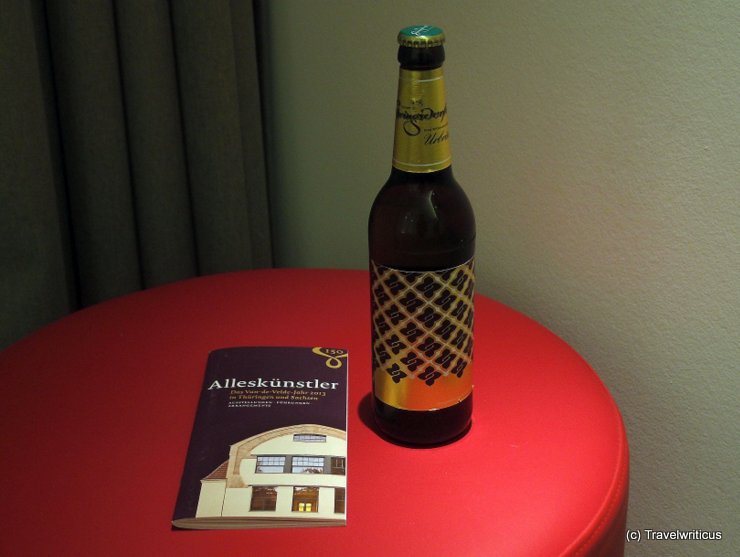 In 2013 the German states of Saxony and Thuringia are celebrating the 150th anniversary of the architect and designer Henry van de Velde. For this reason, exhibitions take place in cities like Weimar, Jena, Erfurt, Gera, Apolda, Bürgel, and Chemnitz.

The brewery Ehringsdorfer in Weimar even honours him by creating a Van-de-Velde-Edition for their beer bottles.  This edition consists of four different designs drafted by Henry van de Velde and used for such different things like textiles, furnishing fabrics or wall decorations.

The bottle depicted above, showing a design for a furnishing fabric made of damask, was a present by the Weimar Tourist Board at the Germany Travel Mart (GTM) in Stuttgart. I was very surprised about this combination of beer and design. What do you think about it?