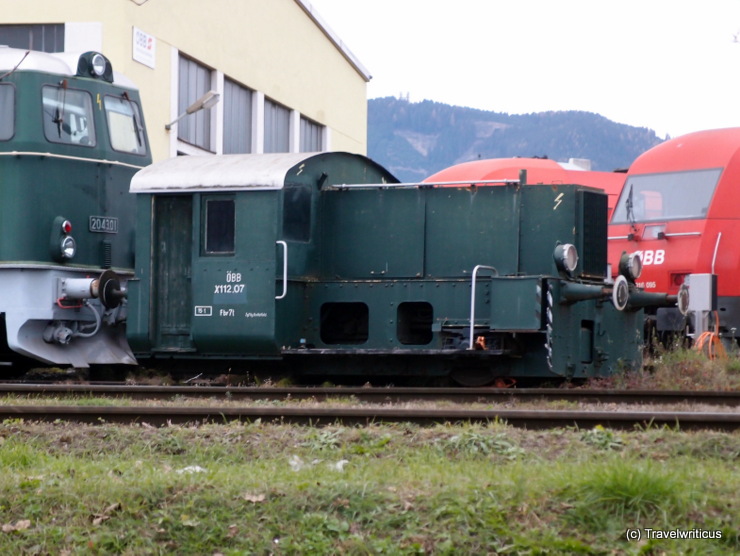 This locomotive with the current number ÖBB X112.07 was built in 1935 by the German company Krauss-Maffei for the German National Railway (Deutsche Reichsbahn). It is a exemplar of the DRG Kleinlokomotive Class II, which was developed as a type with low weight and driving power for light shunting duties.

After 1945 this locomotive has been used by the Austrian Federal Railways (Österreichische Bundesbahnen) for many years. Today it is an exhibit at the railway museum of Knittelfeld (Eisenbahnmuseum Knittelfeld).