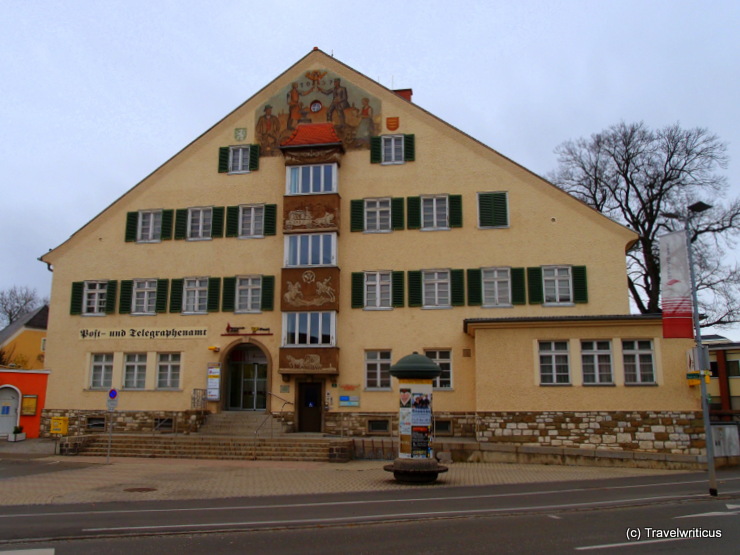 This post office building at the Kapuzinerplatz was built in the year 1937. The architecture is pretty Alpine, the oriel is modeled on the Golden Roof (Goldenes Dachl) in Innsbruck. The decorations on the oriel show different mail services in course of time.

The main depiction below the roof displays a postman who delivers letters to the workers and farmers of the region. The depiction is pretty pathetic which is probably a result of the political framework in 1937. The green emblem shows the coat of arms of the Austrian state of Styria, the red one shows the city arms of Knittelfeld. 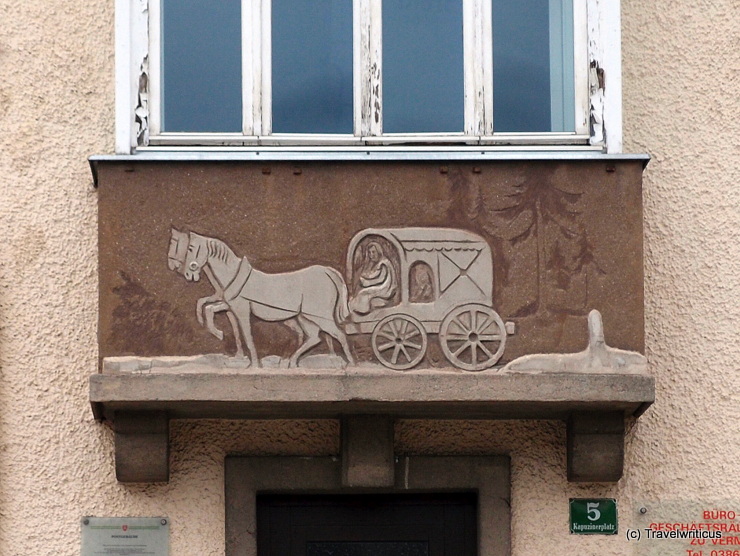 For me the most interesting depictions displays a coach which is similar to the ancient depiction of a Roman coach in Maria Saal. Even though it is just a simple coach, the Roman coach of Maria Saal is regarded as a ‘mail coach’.