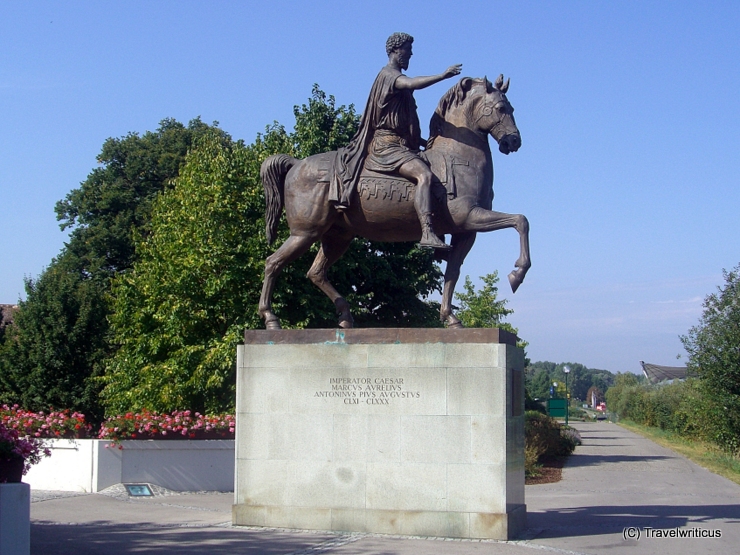 This equestrian statue of emperor Marcus Aurelius is a replica of that one, which used to stand on Capitols Square (Piazza del Campidoglio) in Rome until 1979. The sculpture in Tulln commemorates that a Roman camp named Comagena was the predecessor of the modern city. [German]

The original equestrian statue is now on display in the Capitoline Museums.