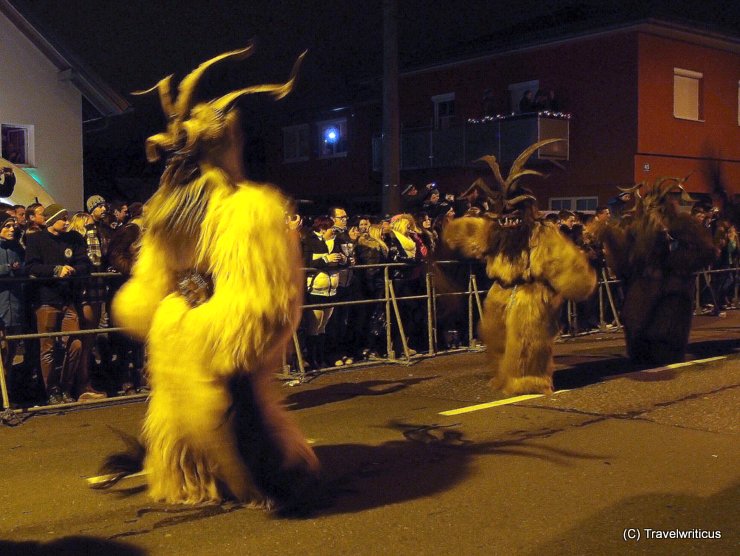 The Krampus procession (Krampuslauf) is a tradition generally performed on a certain day from the beginning of the advent season up to the first half of January. People organised in groups named Pass run in costumes created by themselves through the streets and try to frighten the spectators.

As a photographer I am generally not so frightened by their masks but by their sort of jigging walk which make it difficult to take good pictures of them in dimly lit streets. It is much fun to watch the wild procession anyway.

The photo above was taken in Gnigl, a neighbourhood of Salzburg. A similar experience I had in the Styrian city of Judenburg, where a procession of Perchten (Perchtenlauf) took place.