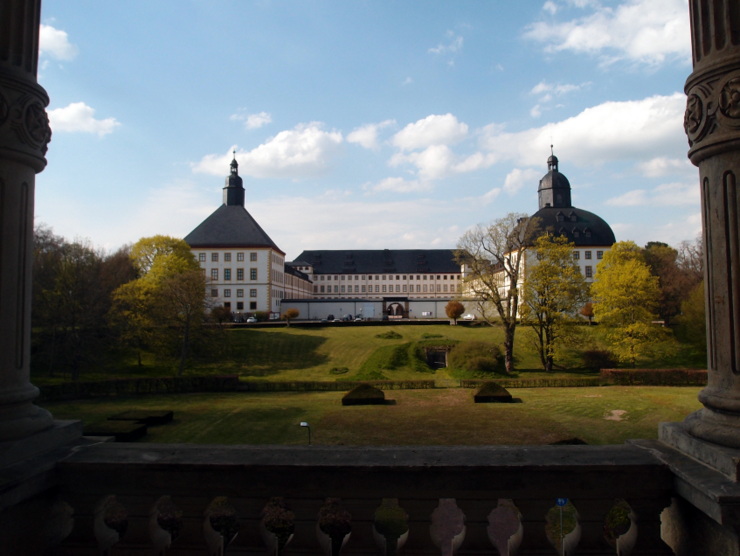 View of Friedenstein Castle (Schloss Friedenstein) taken from the staircase of the Ducal Museum of Gotha. The early Baroque palace was built in the mid-17th century by Ernest I, Duke of Saxe-Gotha. It is notable for hosting the Ekhof-Theater, which is still featuring the original Baroque machinery for changing the scenery. [German]