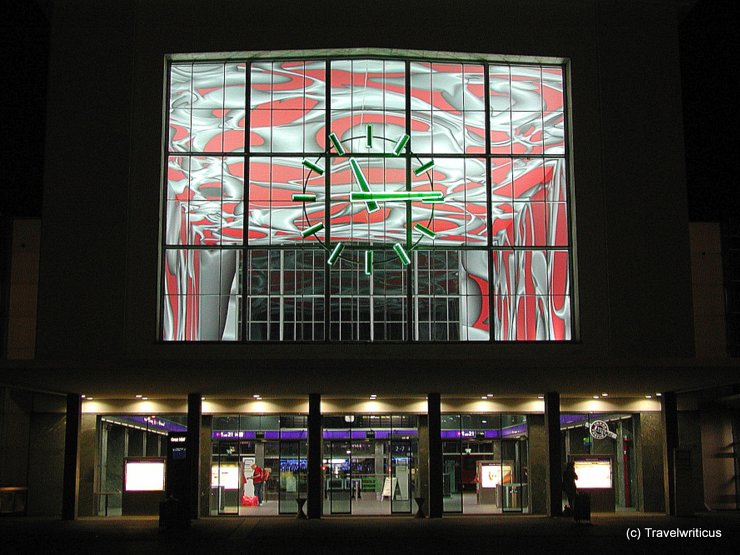 In 2003 the capital city of Styria got the title ‘European Capital of Culture’. In the same year Graz Central Station had been renovated and artist Peter Kogler was elected to decorate the entrance hall of the railway station. 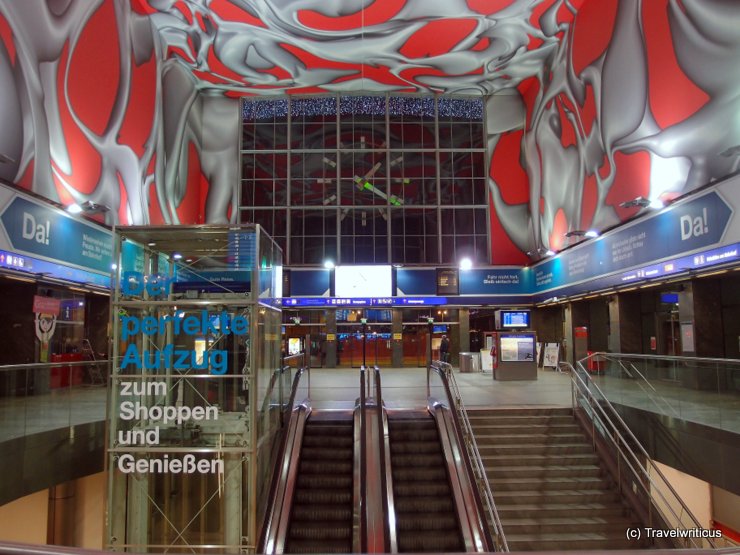 Though it was meant as a temporary installation one can still admire this amazing interior design. The photo above was taken in December 2011.