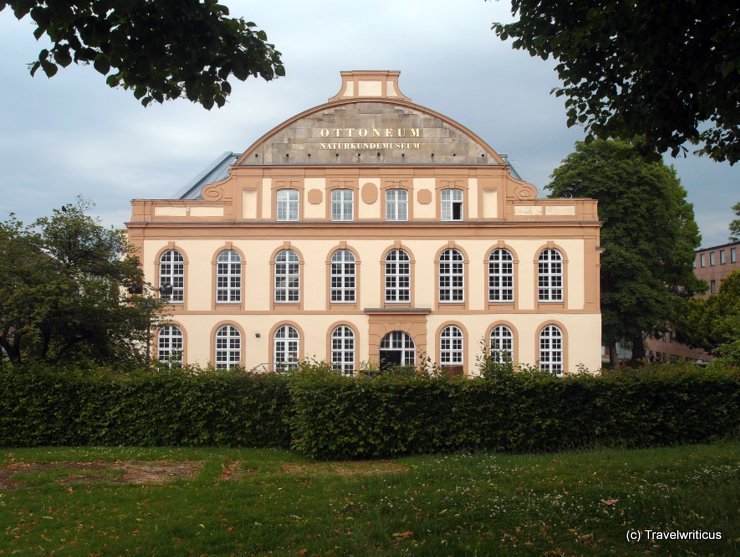 The edifice was built as a theatre by architect Wilhelm Vernukken in the years 1603/1606. The commissioner was Landgraf Moritz, who named the Ottoneum after his son Otto. Today, a natural history museum is housed here. Well-known collection pieces are a Xylotheque and the Ratzenberger Herbarium.

Another attraction is the Goethe Elephant Skeleton. The skeleton received this name after Johann Wolfgang von Goethe used the skull of the animal for anatomical research of the incisive bone. A showcase in the Romantikerhaus in Jena tells about this scientific activity of the German poet. [German]