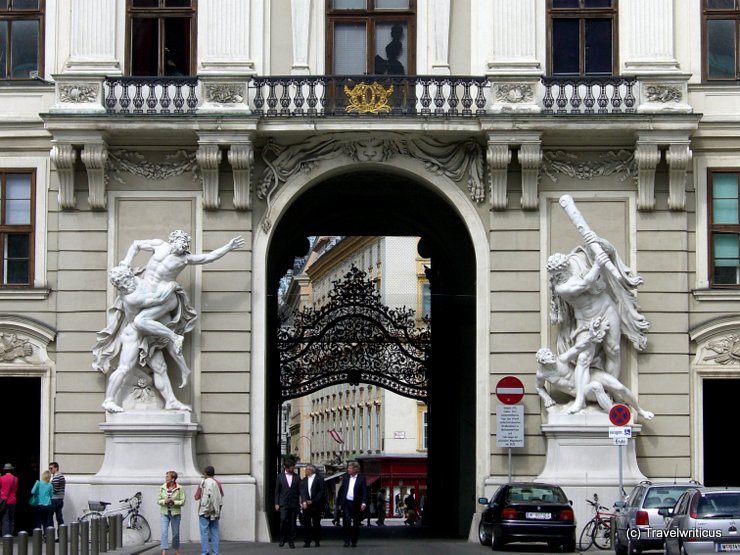 On your walks through the historic district, you will almost inevitably pass through it: the Michaelertor in Vienna. The baroque portal frames the shortest path from the Heldenplatz to the expensive shopping streets near the Wiener Graben. [German]

The photo shows the inside of the gate as you can see it from the inner yard of the Hofburg. I find this part more exciting, even if the more splendid facade is outside. One of the giant figures seems to me as if it would be ready to hit unmindful passers-by on the head at any time.

Although Emperor Joseph I. ensured the completion of the gate, he didn’t have real pleasure in it. It is reported that the plain Looshaus on Michaelerplatz upset him to such an extent that he refused to leave the Hofburg through the Michaelertor. Whether this is a true story or just a rumour remains unanswered for me.

The story of the dark silhouette in the window above the Michaelertor is more interesting anyway. This part of the Michaelertrakt (St. Michael’s Wing) houses the Imperial Apartments and the Sisi Museum. The lady in black is supposed to represent nobody less than the Empress Elisabeth of Austria.