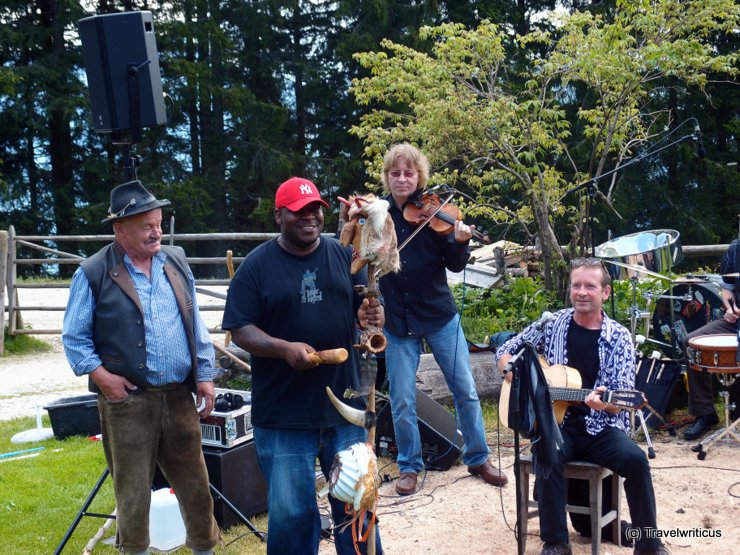 Next station of the festival ‘Gipfelklänge’, next surprise: Klaus Trabitsch and his band are playing together with the a capella trio Insingizi next to a mountain hut named Kitzhütte. After several very humorous and spirited songs a local joined the group with an odd instrument.

Do you think the instrument played in the middle of the group is African? You are wrong. It is pretty Austrian and was provided by the local one can see on the left side. I don’t know how this instrument is called but I am pretty sure that the tool at the lower end is a Bundt cake pan!