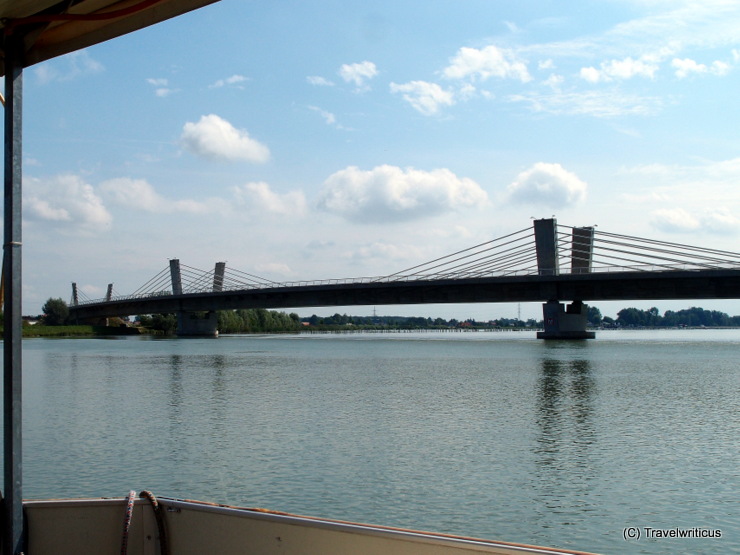 The Puh Bridge (Puhov Most) is named after Janez Puh, an inventor and mechanic who became famous for founding the Austrian Puch automobile plants. The bridge was created by Peter Gabrijelčič аnd Viktor Markelj and opened in 2007. It is an extradosed bridge which spans the Drava River in a bow.

The pic was taken during a boat trip on Ptuj Lake (Ptujsko jezero) which is a result of a dam for the nearby Formin hydroelectric power plant.